Who wrote these rules and why on earth are we following them?

One of the most frequently sold workshops in town seems to concern what you should or shouldn't do during an audition. The workshop leaders have differing opinions and while the majority may be very useful, many expound cliches and common mis/understandings. Unfortunately, some cause added pressure, with actors being straight-jacketed and fearing the size of the frame, resticting their opportunity to express their personalities and making themselves noticed.

We hear that less is more, don't lean forward, don't move your head or, god forbid, forget your lines.

The truth is that there is no one rule and that most of those involved in the casting process will have a different take on it. On one project alone the director may not agree with the producer and the casting director's opinion may or may not be taken into account by either.

So, really, all that you can legislate for is your own performance. You must give yourself the maximum opportunity to be free and, once again, be real, believable and colourful. And, the more you get hung up on how you are delivering your interpretation during the audition, the less likely you are to be doing justice to it.

Having been called in for an audition, you must take it as read that they assume you can act, remember lines, do an accent and have some camera technique. They are mainly looking for how you interpret the script and what you bring to the role. For this you need to express your personality.

Observing one of my two-day workshops at the Actors Centre in London with a number of actors having their work played back to them, the highly talented and creatively Olivia Grant (Indian Summers etc) noted the importance of doing something out of the ordinary, surprising or at least different to make yourself stand out. Obviously it has to be appropriate but, if you think about it, casting directors, producers and directors are seeing so many people live or on self tapes that you have to make them notice and remember you.

On a self-confidence level, if you do as much as you can do to prepare in the time you have available, and then commit to that in the audition itself, then you will leave satisfied rather than worrying about whether your left eyebrow moved too much!

But don't take my word for it. Watch the following three audition tapes from the hugely successful Breaking Bad series and spot the fallacy.

Example 1 – Aaron Paul (Jesse) - it's not alright to move or forget your lines.

Example 3 - Anna Gunn (Skyler). Look the other person in the eye and keep still

Or, as Bryan Cranston (Walter) put it:

"The best advice for fellow actors is this: know what your job is… An actor is supposed to create a compelling and interesting character that serves the text. You present it in the environment where your audition happens, and then you walk away. And that's it. Everything else is out of your control, so don't even think of that, don't focus on that, you're not going there to get a job, you go there to present what you do, you act. And there's power in that, there's confidence in that." 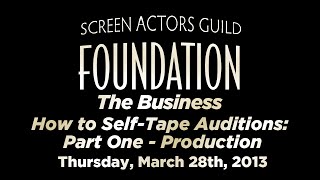 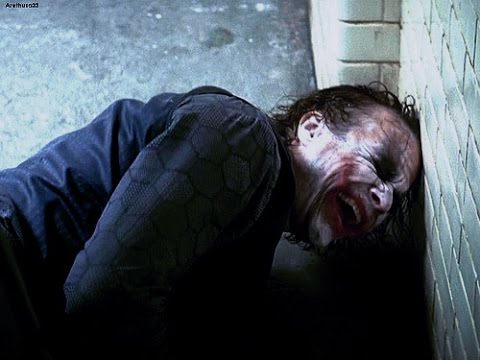